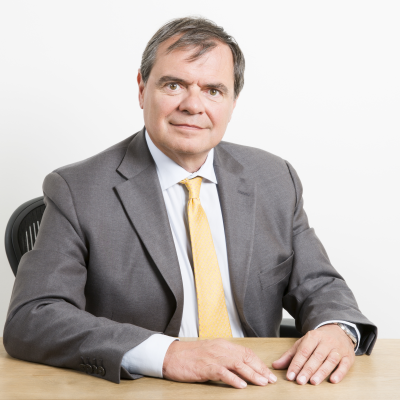 HEAD OF HUMAN RESOURCES AND ORGANIZATION

Gabriele was appointed Head of Human Resources and Organization in DEA in June 2015.

Gabriele covers the same role at DeA Capital Real Estate and at Innovation Real Estate. Since 2003 he has overseen with increasing responsability the personnel and organization policies in various companies at De Agostini Group, both in Italy and abroad. Previously, from 1995 to 2003, he was responsible for organizational consultancy and change management at Deloitte Consulting, and was member of an international project in Ottawa (Canada); from 1991 to 1995, he was Head of HR in the Insurance and Financial Services Division at Fininvest Group and, from 1985 to 1991, he worked in Hay Group, an international company providing HR advisory services.

In 1985 Gabriele graduated in Economics specializing in Organization from Bocconi University in Milan.